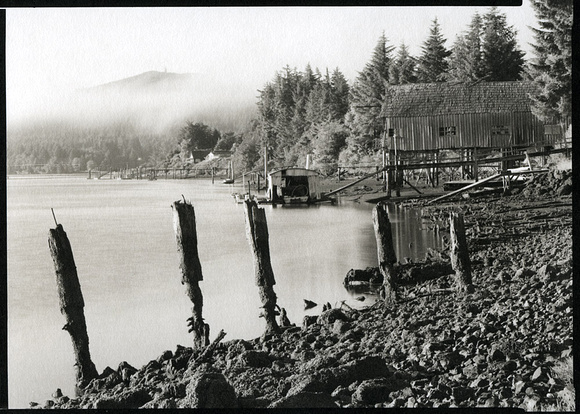 The lands along the Alsea River were so isolated from the outside world that early settlers who came after the Coast Reservation was abolished in 1875 had trouble persuading others to join them. Alsea Bay wasn’t deep enough for ocean-going vessels, and for years the only access inland to the valley was an Indian trail that became impassable in the winter. Even after a wagon road was opened from Tidewater to Corvallis in 1888, the four-day trip was so arduous most settlers attempted it only once or twice a year, and when they did they often carried gravel on the way east to do road repairs. But that didn’t stop early homesteaders from promoting the Alsea Bay’s virtues, as one early settler wrote to the Corvallis Gazette in 1880:
“We want bona fide settlers. We want to see schoolhouses and churches spring up in this part of God’s moral heritage. We want roads and something produced to call attention to commerce.”
© Rich Bergeman Photography
Powered by ZENFOLIO User Agreement
Cancel
Continue